Say No to Merging the U.S. & EU Into an ‘Atlantic Union’

Say No to Merging the U.S. & EU Into an ‘Atlantic Union’ 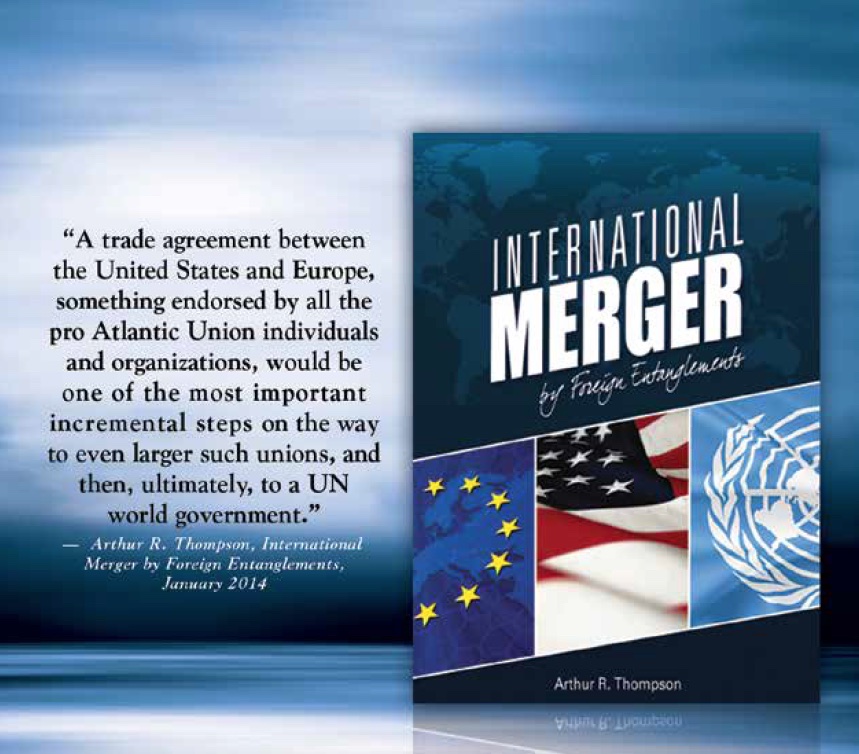 According to the Financial Times President Donald Trump met for the first time with the new European Commission President Ursala von der Leyen at the World Economic Forum in Davos, Switzerland on January 21. Later they both announced separately efforts to conclude an agreement between the U.S. and the EU this spring on “trade, technology, and energy” and a full U.S.-EU trade deal in November. For more information see “Next Step to World Government: Atlantic Union,” published in the March 9, 2020 issue of The New American.

Although neither the U.S. nor the EU is referring to their trade negotiations as leading to an Atlantic Union, we’re deliberately choosing to apply that term to what they’ll be working on. We’ve learned from the 60-year, deceptive, morphing of the European Coal and Steel Community into the European Union that if we’re to have any chance of stopping a merger of the U.S. and the EU into an Atlantic Union, we have to identify what the trade negotiators are really working on. For background information on the establishment’s goal of establishing a Transatlantic Union (aka an Atlantic Union), see “EU-U.S. Integration: Unattractive Union,” posted on TheNewAmerican.com on April 29, 2009.

We have to be especially suspicious regarding the possibility of a slow-motion merger between the U.S. and the EU, because they are already related as creator (the U.S.) and the creation (the EU). For further information about the leading role that the United States played in the development of the European Union, beginning with the Marshall Plan in the 1940s, see Bill Jasper’s classic article, “United States of Europe,” first published in The New American, April 10, 1989.

Please click on the green “Take Action” button below in order to phone, email, tweet, and video message President Trump, your representative, and your senators urging President Trump to Stop the Atlantic Union by canceling the 2020 trade negotiations with the EU, and if a new U.S.-EU trade agreement is completed, urging your congressmen to oppose congressional approval of it. In the short run such trade agreements restrict our nation’s sovereign power to use tariffs and other policies to protect our national security and prosperity, and in the long run such trade agreements are typically steppingstones toward regional and world government.

America is based on the philosophy that our rights come from God and that governments are instituted to secure these rights. However, the globalists’ trade agenda to establish a UN world government by means of a series of multilateral and bilateral trade agreements is a direct threat to the security of our rights.

The deceptive, the transformation of 28 formerly independent European nations into a repressive European Union supranational government reveals how globalist schemers plan to merge the United States, Mexico, and Canada into a North American Union on the way to a UN world government.